Nele Tas (b. 1978, Lokeren) lives and works in Antwerp, Belgium. She graduated from the Royal Academy of Fine Arts in Antwerp in 2006, where she received a classical training in painting. In 2002, she obtained her master’s degree in Comparative Cultural Studies and in 2000 her first licentiate and candidature (‘99) in Indian Languages and Cultures at the University of Ghent (B) and the University of Leiden (NL).
In terms of international activity, she has participated in the Beijing Biennale (2010) as well as the Den5 exhibition in Tokyo (2019, at the invitation of Yoko Enoki), the Salon in Vienna (2018, at the invitation of Katrin Plavcak) and several projects in the Netherlands (Museum Tongerlohuys and Lokaal 01) and Germany (Temporary City, Belgiumness). In Belgium, her paintings have been exhibited in the Beursschouwburg, MuZEE, WIELS project space (in an installation by Ada Van Hoorebeke), Factor 44 and Croxhapox as well as in a range of galleries (including Marion de Cannière and Koraalberg Gallery). Her work is included in the collections of the National Bank of Belgium, the Ministry of Foreign Affairs, the Flemish University of Brussels, Ethias, the City of Ypres and the AMVC-Letterenhuis.
She seeks collaboration in the experimental exhibition project ‘Temporary City’, of which there have been three editions to date, each with different participants. Tas received an international project grant from the Flemish government and together with Flachland e.V. funding from both the Netherlands and Europe for the Berlin project in 2009.
There is also a link with the university world, as demonstrated by assignments in collaboration with Karel Arnaut and Jan Blommaert for anthropological publications (including Language and Superdiversity, Routledge, 2016), but she has also produced work for magazines such as DWB (Home Sweet Home), Streven (covers) and A prior. She contributed to the RECUP festival in Theater Zuidpool in 2016.

Artist Statement
Despite the many justified critical footnotes and fair attempts to undermine her credibility, Nele Tas subscribes to the power of painting. Not only does she believe in the possible connecting effect of an image, but also in its material embodiment, the painting as a ‘thing in the world’. An expansion of the world. But the true power of printing is best revealed in the limitations of the medium. In the impossibility of reproducing an image identically, for example. In the mistakes and accidents that sneak in, in the ‘not-quite-precisely-what-I-wanted-to-make’ feeling. In the perpetual, often agonising alternation between executing and judging. In the physical limitation of the canvas on the stretcher and the sometimes pleasant, sometimes annoying viscosity of the paint. It is precisely these restrictions that the painter seeks to embrace in her practice. She is shaped by her own ignorance.
A painting is simultaneously: a place for lamp black and the white of a naked canvas. A gathering place for uncontrolled deviations, for colours that choose themselves and for yet another brushstroke that unintentionally slips away. For voids, errors, fractures. During the creative process, the canvas is also a hotbed of desire, frustration, disappointment and joy.
To summarise, her practice at the present time is about allowing failure, imperfection, doubt and self-criticism – and also during the act of painting itself. But it is just as much about the emergence of beauty in spite of it all. Nele Tas paints her current preoccupations. In the self-portraits that are doomed attempts at self-knowledge. Here, she actively seeks fragmentation and allows ‘holes and fractures’ to appear in the (self-)image. Oh Giorgio! is about desire, about a man and a woman and the gulf between them. About life and giving life – motherhood of course!
Earlier series captured the movements and comings and goings in a park (Görlitzer Park), observed metropolitan life with an anthropological gaze (Coisolation) or our entirely individual approach to ‘rural life’ (Archive of Private Living) and the bizarre fences that demarcate what we call our ‘own’ (Hedge). Or show a series of crowns (Crowns) that eventually dissolves into the obsession with that of her mother Chronicles).
In terms of subject matter, the oeuvre is varied. It charts the course of life, quoi. All this in the hope – in fact, in the conviction – that its scope transcends the painterly representation of an anthropological observation or an introspective search for a self.  By ‘being in this world now’, it wants to touch the sensibilities of the viewer. On the way to a reflection, a confession, a conversation, ... connection perhaps? 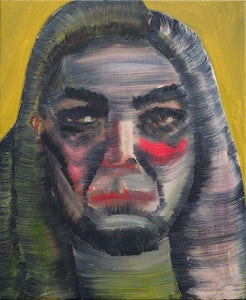 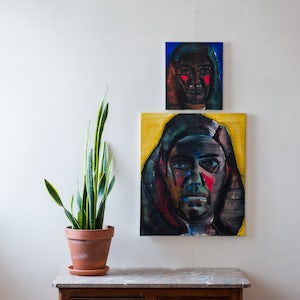 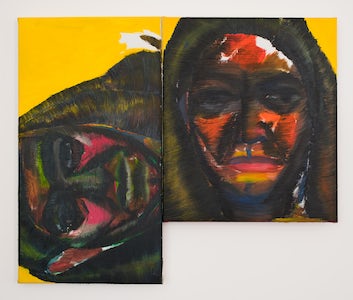 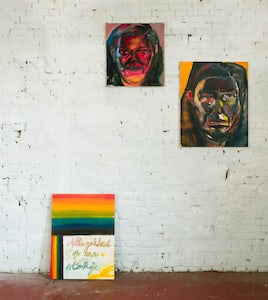 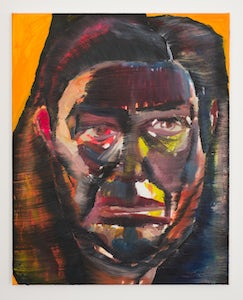 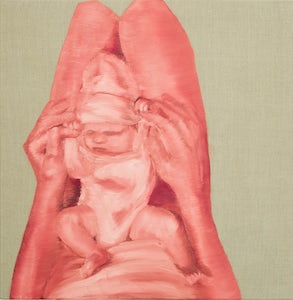 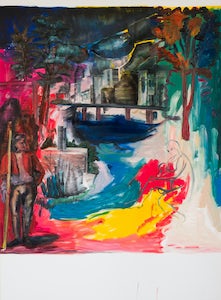 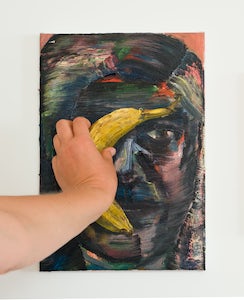 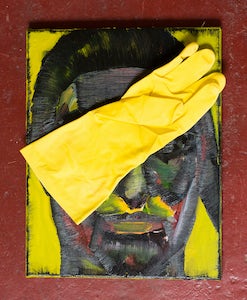 Archive Fever. Artists and their obsession with the archive

Tell Me About You