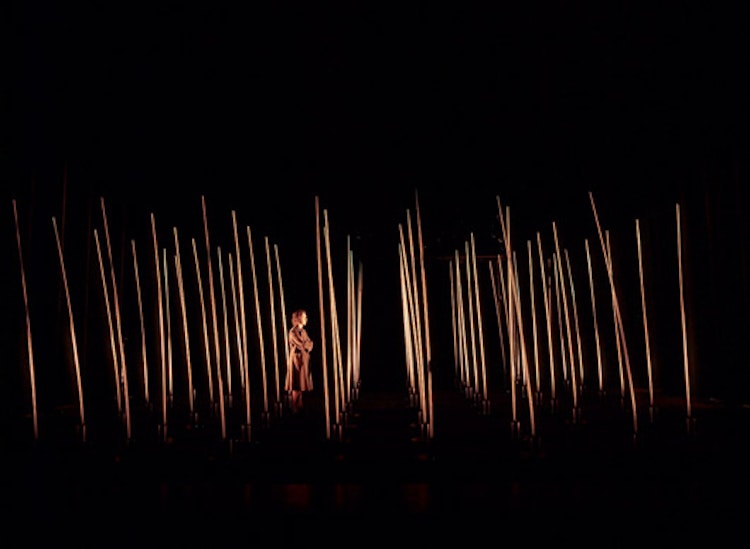 A matrix of sixty-four tubes is spread out equally over the room. These tubes bend over extremely slowly as if a slow motion wind were touching them. Leaning into one another they reach out to the visitors like the tentacles of a giant snail. The room continuously transforms from a geometric grid to an unpredictable organic structure and back. Order to chaos to order in a never-ending cycle. We are both welcome and dispensable in this alien forest. Nature accepts us but does not really need us, reorganising itself patiently. 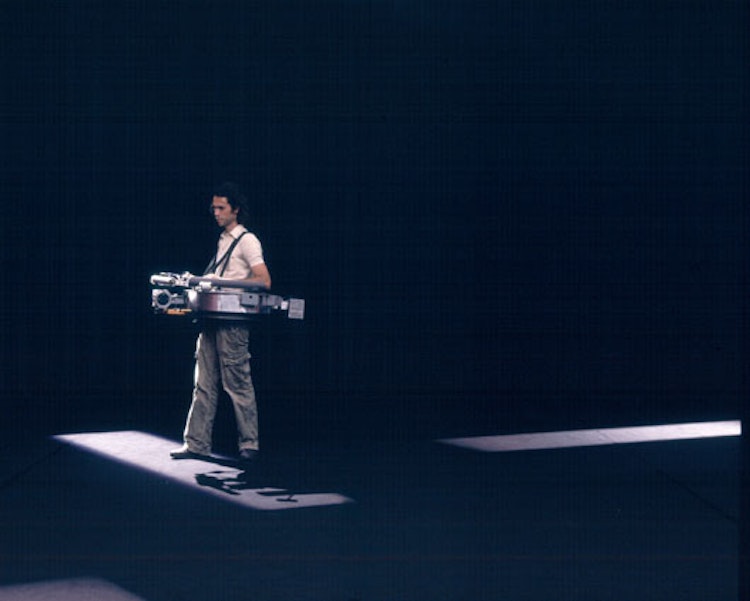 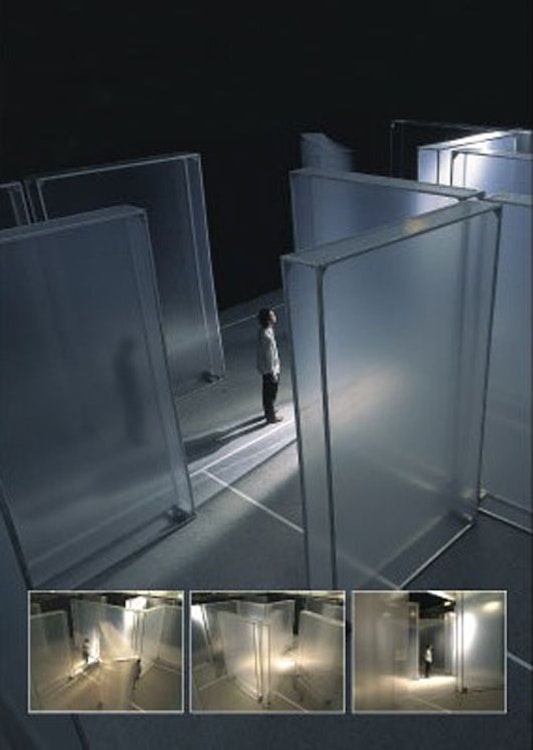 A matrix of nine pivoting walls forms a labyrinth whose architecture continuously changes. A sequence of different compositions creates choreography of spaces flowing into one another. It is an auto choreographic space to wander and get lost in, like in a mutating city, to linger and surrender to the disorientation.
3 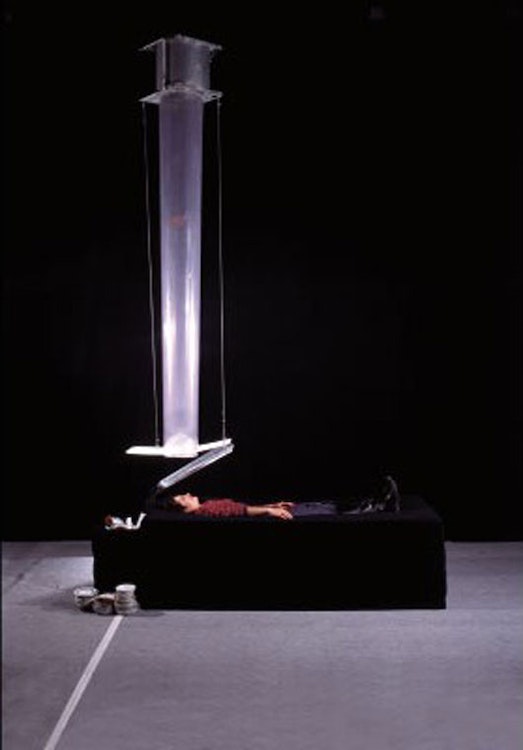 In a shaft situated above the visitor plates hover and dance around a point of unstable equilibrium until they collide and break. The plates then fall and splinter just above the visitor's head on bulletproof glass. This project was originally intended as an observatory for falling objects or a machine where objects would fall down slowly so one could observe the impact and breaking of the objects in detail. But along the way the installation developed into a kind of anti-gravity machine displaying complex aerodynamics and acoustic qualities. 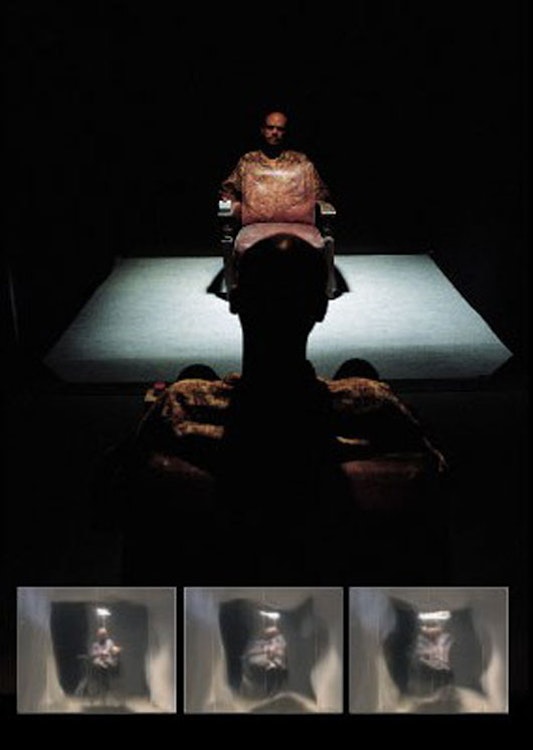 A dark room with a large vibrating mirror deforms the reflection of the visitor. (The installation is to be visited individually.) At first the vibrations are so subtle that you might wonder if it are your own eyes that are having trouble to focus. But gradually it becomes more obvious that the mirror is actually moving and mutating the mirror image into a Francis Bacon portrait. Yet the visual impression is so real that some people feel the urge to check if their body is actually decomposing or not. In the end the body evaporates and disappears. 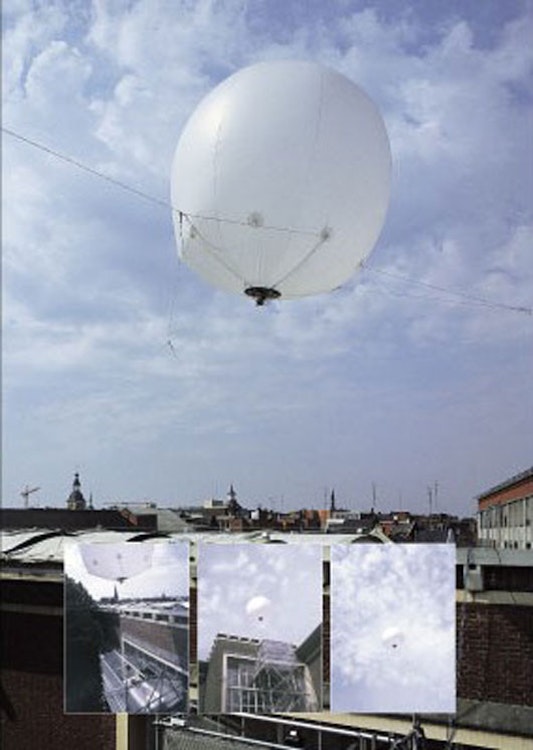 The visitor lies on a bed under a glass roof and is filmed with a camera suspended under a big helium balloon that floats right above the roof. The visitor sees himself on a screen while the balloon rises up higher and higher into the air. The camera zooms out over the roof, the streets, the city and the horizon. The visitor sees himself becoming smaller and smaller until he/she becomes a small detail in a dense urban environment.
Periscope is an invitation to zoom out for a moment, out of the explosion of too much information, impressions and opinions and just lie down and catch up with the horizon. For some it resembles an out of body experience.
The installation is to be visited individually and therefore the 'Horizon Machine', a mobile projection of the same images in a nearby space for the rest of the audience mostly accompanies it. 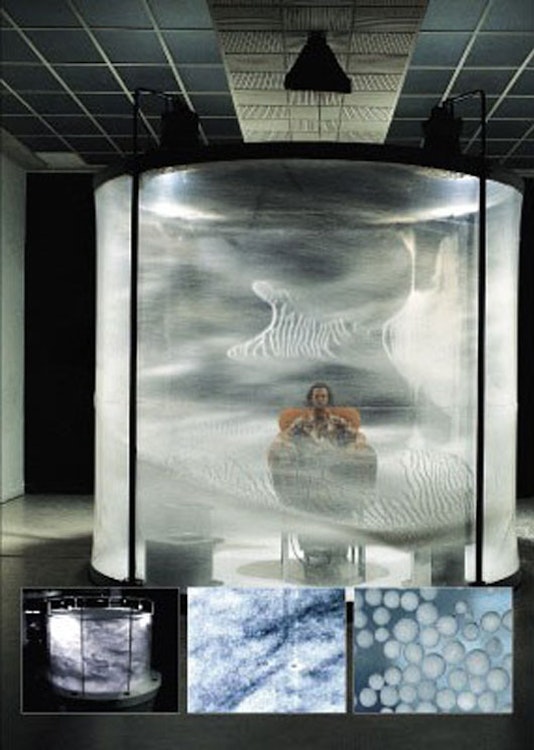 Styrofoam beads are blown around in a big transparent PVC cylinder by five strong fans. Visitors can take place on the armchair in the middle of the whirlpool or observe from the outside one at a time. On the chair, in the eye of the storm it is calm and safe. Spectacular at first sight, this installation turns out to mesmerise like a kind of meditation machine. One can follow the seemingly cyclic patterns, focus on the different layers of 3D pixels or listen to its waterfall sound. One could call it a training device, challenging the visitor to stay centred and find peace in a fast changing environment. After a while the space seems to expand and one's sense of time deludes.
7 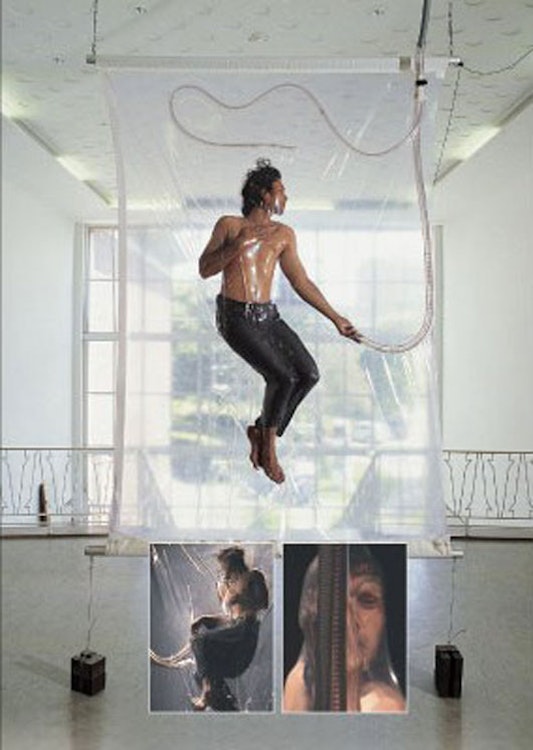 Two large, transparent plastic sheets and a device that gradually sucks the air out from between them leave the body (in this case the artist himself) vacuum-packed and vertically suspended. The transparent tube inserted between the two surfaces allows the person inside the installation to regulate the flow of air. As a result of the increasing pressure between the plastic sheets, the surface of the packed body gradually freezes into multiple micro-folds. For the duration of the performance the person inside moves slowly and changes positions, which vary from an almost embryonic position to one resembling a crucified body.

Being in the Middle